December’s general election in the UK proved to be a resounding success for the Conservative party. It gained an overall majority of 80 seats, allowing prime minister Boris Johnson to ride roughshod over all opposition.

This is a disaster. 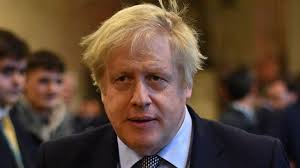 It presents all kinds of problems for the UK itself, such as government benefits for people with disabilities as well as others in need. Then there’s the risk of tariff barriers that British industries fear, and say that they would likely lead to increased prices in the high street.

Similarly, the European Union, minus the UK, is facing an ongoing battle with Boris Johnson’s team for a trade deal. It also wants various European regulations to remain in place in the UK, but some of these have been rejected by the British government.

Indeed, chancellor of the exchequer Sajid Javid has said there would be no alignment with EU regulations once Britain’s exit from the European Union is made official.

His remarks indicate a significant move away from former PM Theresa May’s deal with the EU. In that, she proposed a close alignment with the EU, to try to reduce trade friction at the border.

Of course, there are many countries outside the EU – many of which, including the USA, will be targeted for trade deals by the UK. Such deals are complicated and time consuming to negotiate. They present problems to both parties.

Moving to the UK itself, there are continuing issues involving government benefits. Just take a look here:

On the positive side, success rates for ESA (Employment and Support Allowance) and PIP appeals by unsuccessful applicants continue to rise. What’s more, nearly 6 out of 10 new ESA claimants are put in the more advantageous support group.

And, of course, the government is pressing ahead with the rollout of the oft criticised, and some would say discredited, Universal Credit. 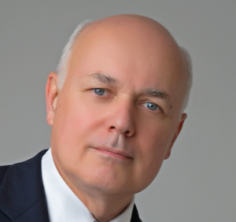 Lastly, many claimants, welfare specialists, and opposition politicians have voiced their disgust that former Department for Work and Pensions secretary of state Iain Duncan Smith is to be knighted.

He oversaw and championed the launch of Universal Credit.

To help me meet the costs of a wheelchair accessible vehicle and the hospital care, I have started a Go Fund Me page. Please help by making a donation, however small, HERE.