A sunnier than life radio presenter is the latest celebrity to bare all, figuratively speaking, and reveal to his co-presenters, listeners and, indeed, the world that he has multiple sclerosis.

Steve Buda is one of a three-person team presenting the early morning show on WNSN’s Sunny 101.5 to the city of South Bend, Indiana, which has a population of more than 102,000.

Along with colleagues Jack Reichert and Traci Capellman, Steve invites listeners to wake up to music ranging from the 1980s to the current charts. The show, which is aired Monday to Friday, starts at 5.30am and goes on until 9am – by which time Steve cheerfully admits to having been up for seven hours.

He received a diagnosis of having RRMS (relapsing MS) in November and says it was a shock but that his wife and two children, whom he prefers not to name, and his colleagues have been brilliant.

Now, by going public about his MS journey, Steve is hoping to persuade the community at large to take part in fundraising to support efforts to find a cure.

Thinking back, Steve recalls getting diagnosed was a long process.

“But I first went to see the doctor because I was tired and had back pain,” he remembers. 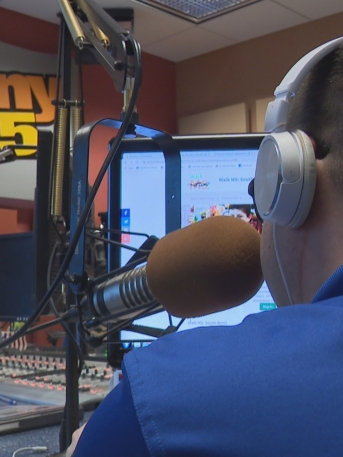 “I went for a follow-up and the spine doctor goes: ‘You know, I’m going to have you see someone. Something isn’t right.’”

Steve then went for an MRI and that’s how the doctors made the diagnosis.

“It was weird because right away your thinking this is the wheelchair disease, but the first neurologist I saw said: ‘This is by no means going to end you up in a wheelchair – if we stop it where it’s at.’”

In fact, the neurologist wasted no time. In order to help slow down the progression of the disease, Steve gets monthly infusions of Tysabri.

Wherever you live, in whichever country, you have an opportunity to help raise money to fund research to work towards finding a cure, Steve says.

“We can make sure testing is done, and we can hopefully end this,” he said. “It’s a disease that people have to relearn how to do things. I exercise twice a day. I still play with the kids. It’s just a different way of looking at life.” 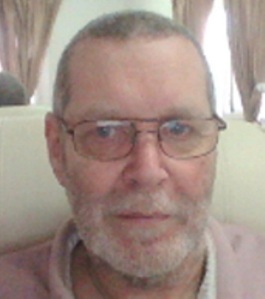